Dementia is a relatively common condition, with the risk of developing dementia increasing as you get older. This condition usually occurs in people over the age of 65.

Dementia is associated with an ongoing decline in the brain and its abilities and can include problems with:

Often people with dementia can become uninterested in activities they were previously interested in and can also have difficulty controlling their emotions. A person with dementia may begin to find it difficult to plan or organise events which can cause them to forget to have meals or take medication, which makes leading an independent life more challenging.

There are many different types of dementia some of which are explained below.

The most common form of dementia is Alzheimer’s and according to the NHS it affects an estimated 850,000 people in the UK.

Over the course of the disease proteins build up in the brain and form structures which are called ‘tangles’ or ‘plaques’. These structures can lead to the loss of connections between nerve cells, and ultimately to the death of nerve cells and loss of brain tissue.

The cause of Alzheimer’s is not known but there are thought to be a number of factors that can increase your risks of developing the condition that include:

Vascular dementia is the second most common form of dementia after Alzheimer’s.

Vascular dementia is caused by a reduced supply of blood to the brain causing a lack of oxygen and nutrients. Blood supply can be reduced as a result of narrowing and blockage of the small blood vessels inside the brain, a single stroke or several ‘mini strokes’. Brain cells that do not receive a regular supply of blood will eventually die. It is the death of the brain cells that can cause the problems with memory, reasoning and thinking that impact on daily life.


There are several other types of dementia and for more information you may find some of the following links useful:

All of our team at the Patricia White’s office have received Dementia Friends training. For more information or to become a Dementia Friend please see:

It is still not fully known why these brain cells start to die but it is thought to affect around 1 in 500 people in the UK, with the majority of these being over the age of 50.

The main symptoms of Parkinson's disease are:

For more information on Parkinson’s the following links may be helpful:

A stroke occurs when the blood supply to part of your brain is cut off. There are several different types of stroke that can occur.

Ischaemic stroke – When there is a blockage (such as a blood clot) that prevents the supply of blood to an area of the brain this causes an ischaemic stroke. This is the most common reason for a stroke.

Haemorrhagic stroke – This type of stroke is caused by bleeding in or around the brain. This is not as common as an ischaemic stroke but can be much more serious.

Transient ischaemic attack (TIA) – Often called a mini stroke. The symptoms of a TIA may not last as long as other types of strokes, but can be an indicator that something is wrong and be a warning that a serious stroke might occur.

With any type of stroke it is important to seek medical attention immediately as the sooner you receive help the better chance you have of a good recovery.

For more information regarding strokes the following links may be helpful:

MS is a neurological condition that affects the nerves in the brain and the spinal column. The majority of people are diagnosed in their 20’s or 30’s and it will then affect them for the rest of their life. The symptoms of MS can vary between person to person and in different parts of the body. These include:

• fatigue
• difficulty with walking, balance and coordination
• eyesight problems
• difficulty with controlling the bladder
• numbness or tingling in different areas of the body
• stiffness and spasms in muscles
• difficulties with learning, planning and thinking


For more information on MS you can visit:

Cerebral palsy usually occurs when a baby’s brain is damaged during or soon after birth or if the baby’s brain hasn’t developed normally when in the womb. Roughly 1 in 400 children in the UK are affected.  The symptoms vary from person to person and can include:

Each person’s treatments will be tailored to their individual needs as the symptoms can vary so widely.

For more information on cerebral palsy you may like to visit

The end of life care of someone with an advanced progressive illness will include palliative care. If someone has been diagnosed with an illness that can’t be cured then palliative care is to ensure that they are kept as comfortable as possible and are able to die with dignity. This includes pain management and more supportive care as well as providing support for the family and carers to help them cope with their own bereavement. Palliative care should provide the best quality of life for patients and their families.

As a home care provider these are some of the services we offer. 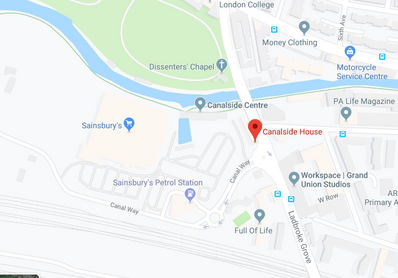